Without key people, it’s pretty much impossible to grow, or at least grow aggressively.

The only difference between 2 competitors is the people they employ. You can argue “technology is a difference”, but people develop the technology.

Top talent is focused. These people have their heads down, making it happen in their current role. They are inundated with messages. It’s hard to attract them…..for a competitive wage, at least.

So companies often turn to recruiters to assist them in these efforts. Already this week I’ve had discussions with a number of companies who are really struggling to find talent. It’s severely limiting their growth plans.

Company #1 tells me “we have 7 key positions that have been open for 6-12 months, we have 4 other recruiters working on them, and we only pay 20%, with 90 day payment terms, oh and you’ll have to sign our corporate contract. Now tell me why would I work with you?” The contract has so many stipulations that probably half of the people we send won’t be eligible for a fee.

Company #2 tells me “We have 8 key positions open. We have been trying to fill them for 4-6 months internally, and we don’t have the time to work these. Send me your contract and I’ll sign it. Oh, by the way, if you fill any of the most important roles within 30 days, we will pay you a 40% bonus on top of your fee. You’ll be exclusive on these if you perform, we want you as our partner. We know the upfront recruitment costs pale in comparison to the money we will make if we can accomplish our plan for the year. I will get you same-day feedback, even if it’s 10 or 11 at night. We have been burned by people taking other offers and we will be faster than any of our competition. We will also retain you if that helps because we want your focus.”

Talk about a difference in perspective. Company #1 approaches recruitment like they are buying steel, and they just want the cheapest price and they will throw as many recruiters at is as possible.
Company #2 wants our attention. And they got it. Think my team will work hard to get a fee of over 40% on a key role? You betcha they will. We had people ready to send within 1 hour of getting a signed agreement. They moved to the front of our priorities.

And it’s not just about the money. They want a partner. They are willing to commit. They are willing to move fast. They are removing red tape. They want these jobs filled, and filled now. I’m sure they will be picky, they are a world class company, but they hit on everything that motivates a recruiter.
They KNOW that it’s hard, and to get people to really dig in and commit to calling people at their desks, over and over, they want this commitment.

They have a “strategic recruiting plan”. The hiring manager had “talking points” to be sure I was all in, along with my team.

Somewhere along the way, they had a meeting and discussed “how can we motivate a recruiter to prioritize us?”. They came out of that meeting with “commitment, sign their agreement, bonus for the most urgent roles, long-term partnership”.

I’m telling you, that is rare. We are usually treated like a commodity, at least initially. Good pay and bonuses help, too. But the commitment is really what we like. We want to know that we will be paid for our work.

We told Company #1 “thanks but no thanks”. Taking a significant pay cut, working tired old jobs under a contract that probably won’t get us paid, being treated as a “vendor” isn’t really compelling, honestly. You know they will be slow. You know they will lowball people. Why else have they failed for almost a year? We did tell them that if they would retain us, under our contract, for a fair fee, we would put together a recruiting plan that oozed of success. No reply of course.

Their recruiters probably know they are competing against each other, realize the lack of commitment, and are not investing the time needed to find those hard-to-find folks. Their commitment to the client isn’t there either. It’s a 2-way street.

Recruiters – good ones anyhow – are inundated with work. If you want to motivate them to prioritize YOUR needs, find a good partner, commit to them, pay them well, don’t restrict them in silly ways with “your contract”, and offer a bonus to them if they fill critical roles fast. Approach it strategically.
If you do these things, you will surely have their commitment and energy in return; and you will fill your roles.

And, when a problem pops up (like someone leaving out of warranty), they will partner with you to ease the pain of a replacement. After all, nobody wants to risk losing a great customer. But a crappy customer tends to live with the letter of the agreement.

The growth and profits you will get from achieving your goals will far surpass any recruiting fees. 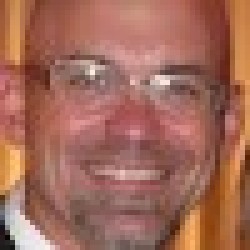 Ed Keil
Ed Keil is The Plastics Recruiter. Ed's company employs 11 recruiters and researchers who have placed thousands of people in over 600 of the best plastics companies in the industry. Ed posts daily on LinkedIn, Facebook and Instagram, and is a great resource for "everything recruiting"! Ed helps his clients attract, land and retain the best and brightest in the plastics industry. He would love if you'd follow him and give feedback on his posts!

No problem! Click on the button to the right to schedule
your call with Ed Keil, "The Plastics Recruiter"

Book a call with Ed

Need to hire new talent? Click here to go to the Plastics Recruitment page, where you can view videos on our process and find out more about working with Plastic Executive Recruiters

Want to make your next career step? Click here to go to the Plastics Jobs Page to search Jobs in Plastics from our Hot Jobs, and roles from over 200 other recruiting firms.

Click here to schedule a call with Ed Keil, The Plastics Recruiter!